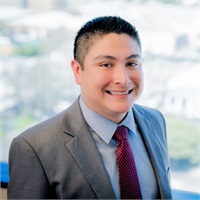 Matt is the Operations Manager at NWF Advisory headquartered in Los Angeles, California. Before starting his career with NWF Advisory he worked for Automatic Data Processing, (ADP) as an Associate Tax Processing Specialist. In his current role Matt plans, directs, and coordinates all operations, and is responsible for improving performance, productivity, efficiency and profitability through the implementation of effective methods and strategies. Matt earned his Bachelors of Science degree in Business Administration with an emphasis on Management & Human Resources from California State Polytechnic University, Pomona.

On a personal note, Matt is engaged and resides in San Dimas with his fiancée and daughter Emma-Jen. In his free time, Matt enjoys spending time with his family, coaching his daughter’s soccer team, and playing guitar in a band with his younger brother.